Caffeinated Peanut Butter is a Thing.

Because who needs a cup of coffee when you can have a tablespoon of peanut butter. 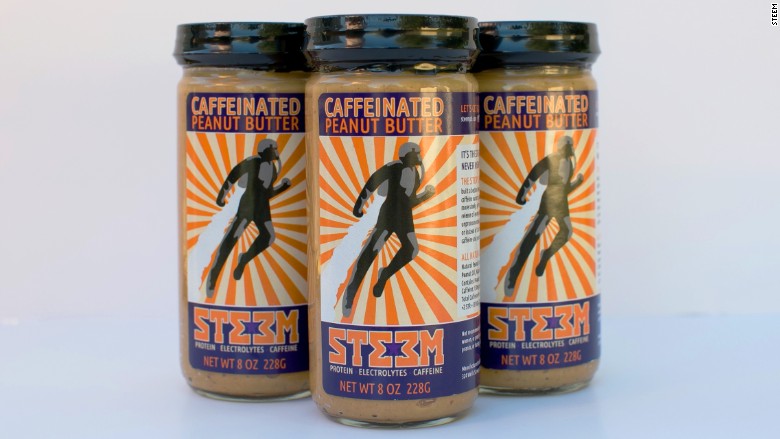 What a time to be alive.

A Massachusetts-based company, Steem, has created a peanut butter that allegedly contains as much caffeine in a tablespoon as in a cup of coffee.

The peanut butter contains no artificial sweetener and is made up of 100% all natural ingredients. You can purchase the peanut butter at 14 locations in the Northeast for $5.99 an 8 oz jar, and it’s available online.

Sen. Charles Schumer recently called on the Food and Drug Administration to probe the product for what he believes could pose a health threat “in the hands of children and teenagers,” according to a statement he provided to Quartz.

I guess it doesn’t sound like such a great idea once you factor in kids and caffeinated peanut butter-induced heart attacks.